What started as small skirmishes has evolved to pitched battles, and now a war that threatens to envelop the entire galaxy. Times are grim, and new forces join the carnage as the INVADER LEAGUE begins again. Fight to secure peace in the Galactic Empire, or bring hope to the darkest corners of the Galaxy! 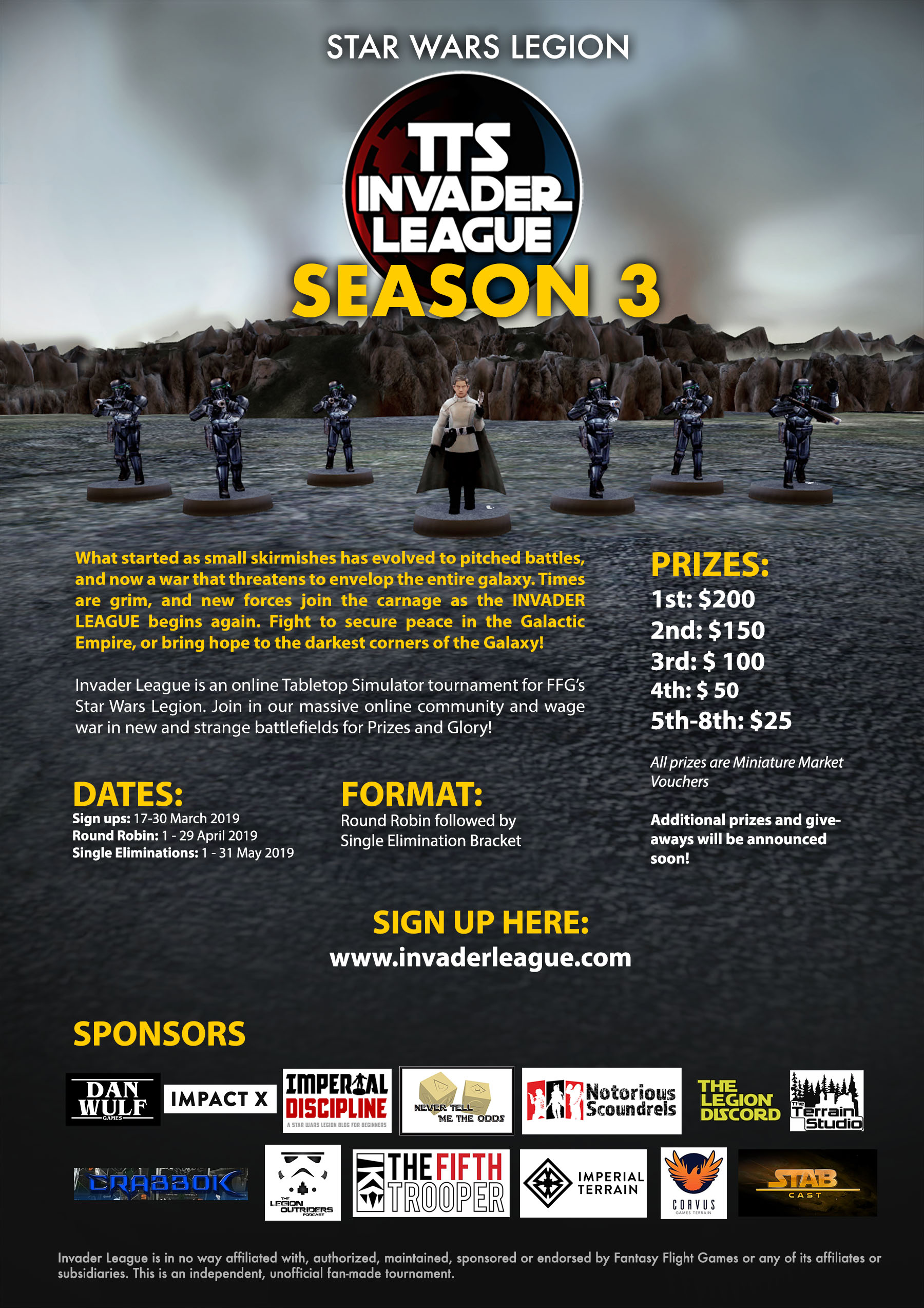 What is Invader League?

The Invader League is a free Star Wars: Legion Tournament, played through the Star Wars Legion Tabletop Simulator Mod. Participants play a series of 4 Round Robin games, followed by a Single Elimination bracket for the top two players from each group. The games are on pre-determined maps, with Battle Cards chosen by the players before each match. All games are at the 800 point value, with armies that feature released and unreleased units. Each Invader League season takes about two months to complete, and ends when an overall winner is crowned.

Why should I play?

The second season of the Invader League was the largest gathering of Star Wars: Legion players to date. This season promises to continue the previous growth with even more players, an improved League website, and a large prize pool sponsored by Legion Community members. Prizes are given to the top players, which are generously donated by Legion Community Members. The Season 3 prizes are as follows:

There will also be some Random Giveaways of Play Mats, Dice Bags, and more!

Season 3 features new maps that have been created by community member in the recent "Battle Lines" Map creation contest. New units such as Sabine and Bossk will also be seen on the battlefield. Lastly, the League website has been overhauled to make it easier for players to interact with each other and see how season is progressing.

When do I play?

How can I join?

Season 3 registration is approaching! Players who are looking to register for Season 3 should create an account on this Invader League website, and be prepared for registration on the 17th of March, using the links below or from the League menu.

A massive thanks to our Season 3 sponsors